As the world of technology advances, we’ve seen a gradual increase in the presence of machines or robots through innovations like assembly line automation. Take manufacturing companies, for instance. For some time now, they have been using different forms of automation to ease the process of manufacturing, while at the same time reducing costs. Automation can involve anything from robots that weld and paint to machines that pick and pack or dispense the right amount of glue or fasteners.

In many cases, automation has proven to be more efficient and accurate than human counterparts. For example, robots don’t get tired and can work for longer hours without making any mistakes. They can also be easily programmed to carry out specific tasks in warehouses and manufacturing plants. 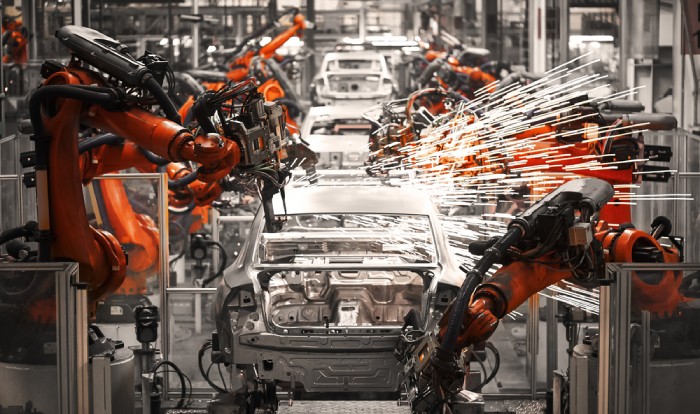 The Pros and Cons of Automatic and Manual Assembly Lines

While automation has many advantages, there are still some companies that rely on manual labour.

Here is a look at the pros and cons of both types of assembly lines:

In the end, it is up to the company to decide which type of assembly line is best for them. However, most experts agree that automation is the way of the future and that companies should consider it for their assembly lines.

The Types of Automation Used in An Assembly Line

Automation has become an important part of assembly lines. It helps speed up the process and produce high-quality products. There are many types of automation, each with its own set of advantages, whether it’s a hard, programmable, or soft type of automation in the assembly line.

Here is a look at some of the most common types:

Each type of automation has its own advantages and disadvantages, which can offer unique gains to an assembly line relative to their respective industries. However, a company with the size and scalability to afford automation should consider it as a viable option towards growth.

The Advantages of Assembly Line Automation

There are many advantages to using an automated assembly line. Here are some of the most important ones:

The Application of Collaborative Robots in an Automated Assembly Line

One of the advantages of cobots is that they can be used for both manual and automated tasks. This makes them a versatile tool for assembly lines. They can be used to help humans with tasks that are too difficult or dangerous for them to do manually.

This is a recent trend which has been taken up by a lot of companies, primarily because of the rewards it offers, especially in the long run. Any person who has done an assembly line job knows that sometimes the monotonous work can be difficult, so having automated machines or robots that can take over part of your job can be a relief.

As a business owner, manifesting the vision of utilising automated assembly lines can transform the way tasks are conducted. The main advantage is that there’s less need for human labour, leading to reduced costs in the longer term. Automated machines and robots can also do the job more accurately than a human, so you’re less likely to have any defective products.

Another benefit is that it makes the work environment safer because there’s no need for manual labour. If anything, human workers can focus more on critical tasks as cobots take on the monotonous steps in the production process.

Finally, automated assembly lines are faster than manual ones, so churning out more products in a shorter amount of time becomes a reality. Overall, there are many advantages to using an automated assembly line in your company. So, if you’re looking for a way to improve your production process then this might be the solution for you.

Using pioneering collaborative cobots, your business can tap into the potential that the future offers and implement it into the processes of today.

Click here to find out more about our cobots